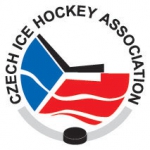 At the height of a conflict with clubs, the Federation pushed Donbas and Kramatorsk out of the League. Mariupol and Biliy Bars leave the League as sign of solidariety Read more»

H K Gomel of Belarus will progress to the Superfinal after beating a weary looking Sheffield steelers 4-0. Read more»