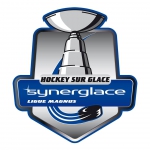 Since 2008 the traditional tournament played in the capital of territory of Ladakh, India, has attracted thousands of spectators despite the temperatures reaching -22 degrees ... Read more»