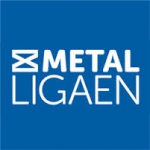 Aalborg Pirates is the 2022 champion of Denmark after a 5-1 win over Rungsted in the fifth game of the finals.