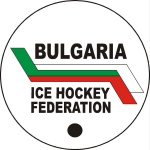 Round robin format, four rounds, each round three games

Irbis-Skate Sofia is the champion of Bulgaria for the sixth consecutive time after defeating NSA Sofia in the finals (3-2 and 1-0). Irbis also won its sixth Bulgarian Cup.

Kazakhstan Federation set the begininng of the season for October 19, playing in six different cities without spectators.
Bulgaria postponed the start of League, originally scheduled for October 15, to October 29

Irbis Skate Sofia won the fifth consecutive title in Bulgaria, once again dominating the league, closing the campaign with a perfect record of 12 victories. NSA Sofia finished second. Irbis won also Bulgaria Cup, assigned to the team finished the first round of the championship in first place 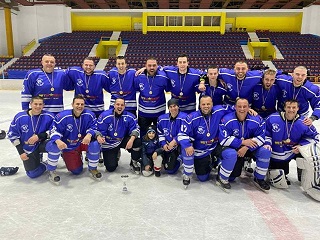 Current champion Irbis-Skate Sofia won the Bulgarian Cup having finished the first round of the Bulgarian League in first position. It's the third consecutive Cup for Irbis, dominator of national hockey in the last seasons

NSA Sofia 39-years-old defender Stoyan Todorov received a life-ban from Federation for the accidents during NSA Sofia - Slavia game played last 15 November. Three other NSA players had to sign a statement that they would not fight or likewise be ejected for life. After the violent conduct of NSA players Slavia decided to pull out from the League, but then come back some days after

After a meeting with Bulgarian Federation Board, Slavia Sofia decides to go back in Bulgarian League and will play tomorrow against Levski. For the absence in last game against CSKA, Slavia received a 0-5 forfeit. Slavia pulled out of the Bulgarian League after a tough match against NSA Sofia, accusing Federation of tolerate rough play