Round robin tournament with semifinals and finals

Colombia won the third title of Latam Cup (formerly known as Pan-American Tournament), played in Coral Springs, Florida in the last weekend. Colombia closed tournament with a perfect record, by beating all others participants with big scores, including a 10-0 in the semifinals against newcomer Venezuela and 12-3 in the grand final against Mexico B, previously winner 5-4 in a thriller semifinal against Argentina.
Brazil finished last in the qualifying group with no points.
The previous editions of LaTam Cup were played in Mexico City, under the umbrella of Mexican Federation. 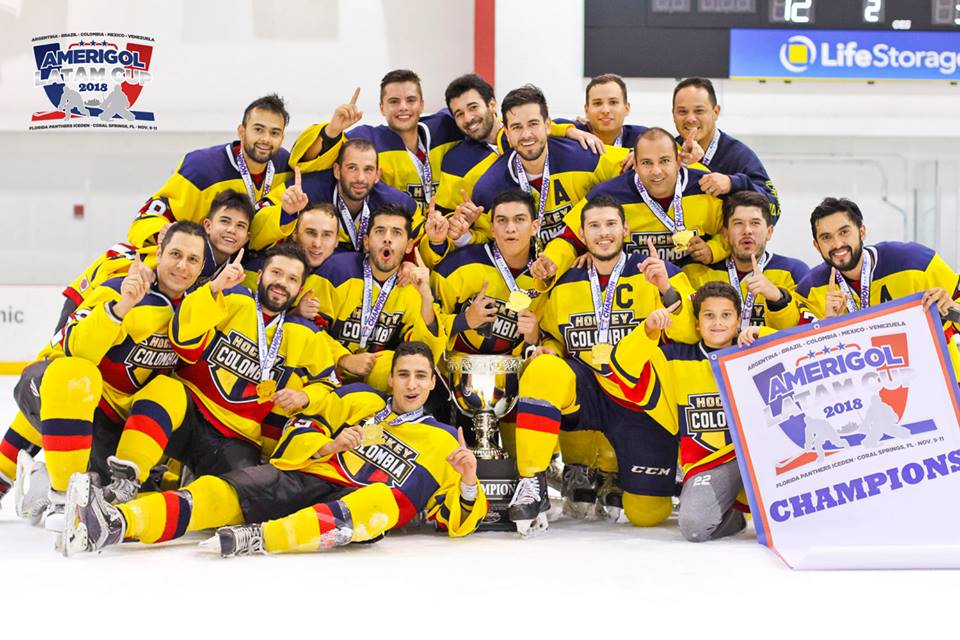 Check all results and rosters on eurohockey LaTam Cup page

The Brazilian Federation reported that Brasil, Colômbia, México A and B, Argentina A and B are the teams partecipating in third edition of Pan-American tournament, held in Mexico City from 6 to 12 June.
"I'm very exited about the Pan-American and the future of icehockey in Brazil - said Brazilian national team American coach Jens Hinderlie - We have a lot of skilled athletes here who can play hockey at good level, we need more icetime"
Brazil, bronze medal last year, announced the roster for the tournament

The third edition of Pan-American tournament will be played, as the previous ones, at Icedome Arena in Mexico City from 06 to 12 June 2016 with a men and women tournament, organized by Mexican Federation.
Chile, Brazil, Ecuador, Colombia, Venezuela, Panamá, Jamaica, USA, Canada, Argentina and México are the countries invited. At moment only Argentina, beside host Mexico, confirmed partecipation.
Last year Colombia surprisingly won the tournament beating Mexico 4-3SO in the final

Mexican Federation announced the II Pan American Ice Hockey Tournament will held in June from 03 to 07 at the Icedome Rink in Mexico City.
Last season Mexico hosted the first edition of the tournament, won by Canada

In the only game of the day, Canada opens its Pan-American tournament in Mexico with a 9-3 victory against Colombia. Former Ohio University and Idaho Steelheads Kyle Reed and former EV Landshut Marc Rancourt both scored three goals.

The Polska Hokej Liga started the new season with huge upsets and surprises in the first rounds, it is really becoming a very interesting league to follow. Here is a quick summary of what we’ve seen so far and what we ... Read more»

At its first ever partecipation, Croatian team finished with a perfect record the Continental Cup Group A Read more»