After a thrilling final series against reigning champion KHL Zagreb, Mladost Zagreb win the Croatian league for the fifth time in the history of the club, the first since 2008.
The victory comes in game #5 of the playoffs, by beating 3-2 KHL Zagreb.
Mladost's Marko Sakic was the topscorer of the league with 27 points (7+20)

Due to the Covid-19 outbreak, Croatian teams didn't play in the multi countries league IHL with Slovania and Serbia. 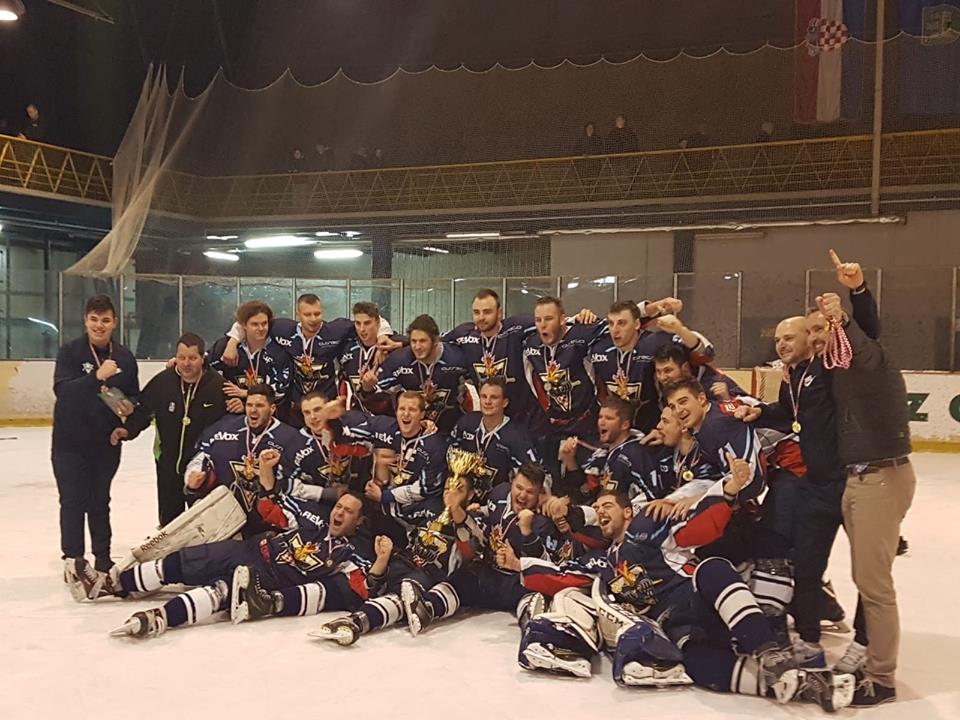 Medvescak Zagreb win the 9th consecutive tilte of Croatian League, the 24th in the history of club, by beating once again traditional rival KHL Mladost Zagreb in three games: after a battiling game #1, won 3-2 at overtime, Medvescak trashed opponents 12-1 and 10-2, alligning some of the KHL players.
As in last season, the games played between Croatian teams partecipating in Slovenian league - KHL Mladost, Medvescak and KHL Zagreb - counts also for Croatian League regular season. KHL Sisak, still without an indoor rink, played just against the three teams from Zagreb. Medvescak defender Domen Vedlin finished as top scorer

Medvescak continues to dominate in Croatia

Medvescak Zagreb wins the eighth consecutive title of Croatian League, beating 4-3ot and 7-4 eternal silver medalist Mladost Zagreb. It's title number 23 for Medvescak since the indipendence, with just 5 years of fast when gold medal was captured by KHL Zagreb (4 titles) and Mladost

Medvescak Zagreb won the seventh consecutive title in Croatia, beating 3-0 in the final series (7-2 ; 6-5 and 10-3) Mladost Zagreb. As usual Medvescak competed in regular season with reserve team, but played playoffs with various players from KHL team.

Big score in Croatian League round #2: Mladost Zagreb won 31-2 against Sisak. Mladost forward Miro Smerdelj was the top scorer of the night with 8 goals and 4 assists.

The Croatian League started with a surprise: multi-champion Medveščak Zagreb didn't provide medical team for the opening game against KHL Sisak, so it couldn't be played. Thus the game is registered as a Sisak 5-0 win. In the other match, KHL Zagreb defeated silver medalist Mladost 9-7.
Follow Croatian League on eurohockey!

The game of Croatian League between Maribor and Medvescak Zagreb, scheduled for yesterday, was not played because Medveščak could not gather more than eight players for the trip. Probably Zagreb team will receive a 5-0 forfeit

Due to uncommon high temperatures in Croatia, game from Croatian League round 8 between KHL Sisak and Mladost Zagreb, scheduled for Monday, was postponed because open rink in Sisak didn't offer a decent ice. This should have been the first home game for Sisak, usually playing in Zagreb indoor rinks except for december and january