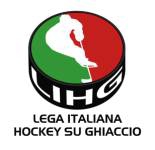 Milano is back in Serie A

By beating 2-1 at overtime Gherdeina in playoffs final game #6, Hockey Milano closed the series 4-2 and is back to Serie A after 4 years from the dissolution of Milano Vipers. The entry of Milano in KHL will be probably postponed to 2013-14 season, but late next week there will be another round of talks between Milano's board and KHL.

Real Torino announced team will not partecipate in next Italian Serie A2 for economic reasons. Real will focus resources on women and juniors department. Last season U18 team won Italian title.
Serie A2 will count with 8 teams, after promotion of Vipiteno and new entry Pergine

Tonight victories in Serie A2 playoffs semifinals game #4 will be probably decisive to close the series for favourite Gherdeina and Vipiteno.
Regular season winners overcomes Milano Agorà with a late amazing goal by former Milano Rossoblù Gunnar Braito after a taut game, but seems impossible for Milano to win at Selva Val Gardena on Friday, while Broncos clearly won at Caldaro with 2 goals by Mike Hamilton: young home team went hard in victorious game 2 when tying series, but Vipiteno roster is undoubtedly stronger.

Eihl to initiate a mini series

Ahead of the coming World Championships the EIHL is to host a new mini series. Read more»

Short tournament to be played in the UK

A short Cup competition involving four teams is to be played from next week in England. Read more»