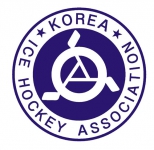 After last year's postponement, the first edition of international tournament will be assigned in Latvia Read more»

Why Almost Any Sports Fan Can Appreciate Ice Hockey

Fall in love with a new sport by reading our in-depth explanation for why every sports fan should appreciate the entertainment of ice hockey. Read more»